Welcome back to our new series in which we dive into the history of electronic security, over a series of informative blog posts, we aim to share and showcase our knowledge. This week we ‘re looking into Intruder Detector Systems, also known by the general public as Burglar Alarms.

New and creative ‘AI’ developments are allowing systems to assist in the management of day-to-day life, and it isn’t a case of IF but WHEN do ‘Cloud Based’ systems replace on-premises, ‘On Prem’ solutions.

But before we discuss what it can do now and where is it all going, it made us think about where it all started and the history of electronic security.

Domesticated dogs, which have been around for almost 14,000 years, were not only used to carry supplies, pull sleds and keep us warm but also used to guard against predators and interlopers.  So they could be seen as the original intruder detection system.  Whilst it’s hard to imagine our office dog Ted as our guard dog, there are some dogs still used today to protect and guard property and livestock against intruders.

As the world developed, people became wealthier and they had more possessions, criminals became more prevalent and advanced and other forms of intruder detection were needed.

In the early 1700’s An English inventor known as Mr Tildesley was the first to be credited with the creation of the intruder detector system by mechanically linking a set of chimes to a door lock; meaning that if an intruder tried to open the door, the chimes would sound. A basic system, by today’s standards, but it laid the foundations for the home security system. 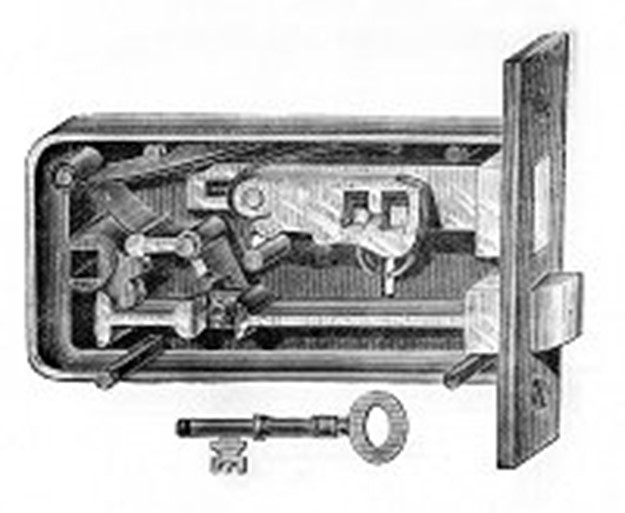 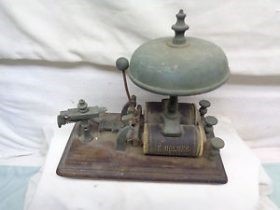 The first electro-magnetic alarm, however, was patented on 21st June 1853 by a man in Boston called Augustus Russell Pope.  A battery-operated gadget that was extremely effective against intruder. It reacted to the closing of an electric circuit, doors and windows were connected as independent units by a parallel circuit. If the door or a window was opened and the electric circuit closed, the sudden flow of current caused one of the attached magnets in the system to vibrate. The electro-magnetic vibrations were then transmitted to a hammer which struck a bell.

In 1857 Edwin Holmes bought the rights to Popes’ invention and began manufacturing and developing the electric burglar alarm on a large scale, though these initial creations were only really successful in more affluent neighbourhoods as they were so expensive.

In 1857 Edwin Holmes bought the rights to Popes’ invention and began manufacturing and developing the electric burglar alarm on a large scale, though these initial creations were only really successful in more affluent neighbourhoods as they were so expensive.

By using telegraph cables he linked his alarm systems directly to his new offices in New York to monitor his customers systems.  The first monitoring station of it’s kind.  Not long after he negotiated the rights to use the existing telephone companies cables infrastructure.

In 1986 a telegrapher named Edward Calahan, invented a communications system where telegraphed stock price changes were then delivered to investors.  Messenger boys would physically deliver notes of these changes to the investors. He later used this system to communicate alarm system activations from identifiable properties, again using the messenger boys to inform the police or fire services.

Calahan later helped form ADT (American District Telegraph) in 1871, which continued to deliver stock changes and alarm activations by messenger and successfully grew to have multiple offices across America.

In 1905 AT&T bought the Holmes Burglar business and linked it to emergency call systems for local police and fire fighting personnel – another early equivalent to today’s Monitoring Stations. 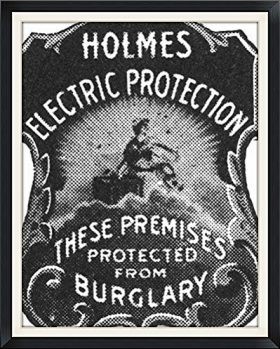 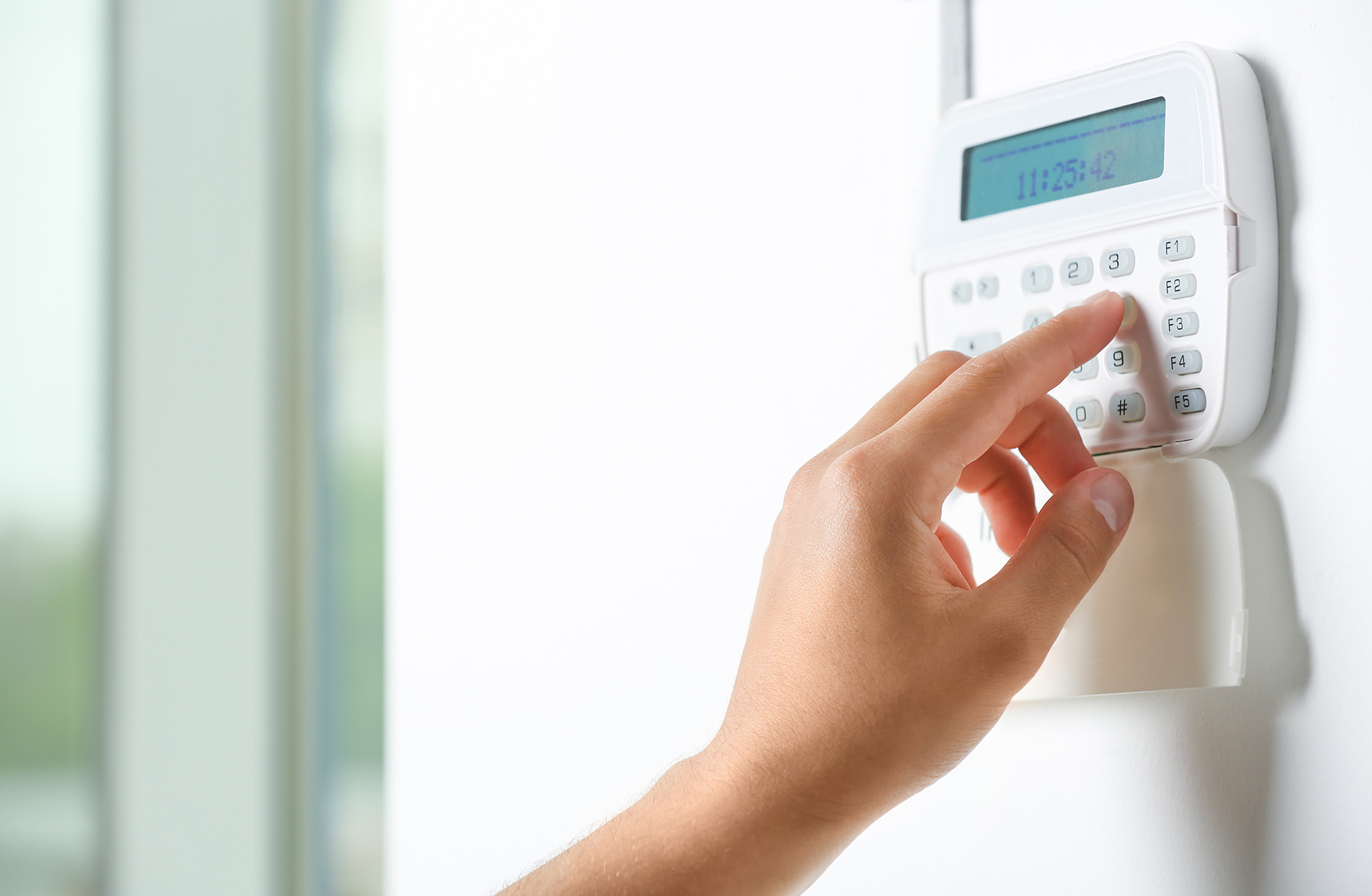 Technology advanced with scientific breakthroughs and was used to begin creating a more intelligent version of the burglar alarm. Motion sensors were introduced in the 1970’s, implementing the technology of ultrasound waves. They employed very simple ultrasonic technology which was emitted by the sensors and then reflected.  If an intruder entered a person’s home, and tripped one of the sensors, it would cause a change in the sound and thus trigger the alarm.

Further advancements in the 1980’s introduced the use of infrared technology to burglar alarms, so that sensors could avoid false positives and thus avoid setting off false alarms. At this point, the burglar alarm started to become a more affordable option for the majority of homes.

Unfortunately 75% of audible alarm activations go unnoticed.  Systems that are ‘Bell Only’ and not monitored do not offer much of a deterrent to Burglars these days.  Monitored systems have to be maintained and it can be pretty obvious from looking at the bell box to see if a system is maintained or not and therefore if it is likely to be monitored.

Todays intruder detector systems are smarter than ever. Not only can these systems detection motion, but they are also now able to detect water leaks, freezing temperature, shattered glass and more. The systems can send alarms, be operated and controlled by your smart phone and if you’ve got a pet, you needn’t worry about them triggering off alarms, as some smart sensors can be programmed only to detect the humans. The next generation of intruder detection is likely to be even smarter with the help of the cloud and we’ve partner with some fantastic innovators to keep your site safe.