The History of CCTV

Welcome back to our new series in which we dive into the history of electronic security, over a series of informative blog posts, we aim to share and showcase our knowledge. This week we take a look into the history of CCTV and it’s humble beginnings.

New and creative ‘AI’ developments is allowing systems to assist in the management of day-to-day life and it isn’t a case of IF but WHEN do ‘Cloud Based’ systems replace on-premises, ‘On Prem’ solutions.

But before we discuss what it can do now and where is it all going, it made us think about where it all started and the history of electronic security.

The first record video footage from the late 1800s cannot be considered as CCTV footage as the cameras used were single-lens cameras based on photographic film.  CCTV or Closed-Circuit Television is a camera providing a live video stream and is believed to have started in Russia in 1927 when Leon Theremin invented a very mechanical scanning and transmitting camera and a wireless shortwave transmitter-receiver.  It was used in the Kremlin courtyard to monitor approaching visitors.

The earliest reported CCTV use for surveillance was in Germany in 1942 when Walter Bruch invented the camera that produced a live video stream.  It was initially used, in the live stream state which wasn’t recorded and used to monitor V-2 rocket launches.

The United States also used CCTV in the 1940s, again in the form of a live stream, to watch Nuclear Bomb Tests in the safety of a laboratory away from the dangers of the explosion and the first commercial offering of CCTV was in 1949 by a US company called Vericon.  The same year the book ‘1984 by George Orwell’ was launched.

The first CCTV system to be installed in the UK was in 1960 by the Metropolitan Police who set up cameras on two occasions in Trafalgar Square to monitor crowds on the arrival of the Thai Royal Family and activity in the square on Guy Fawkes Day. 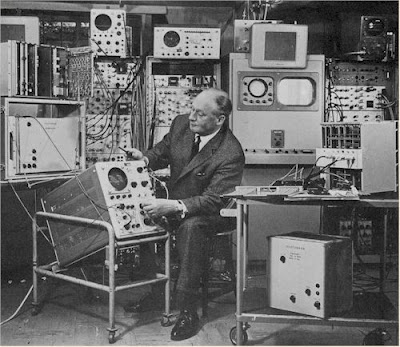 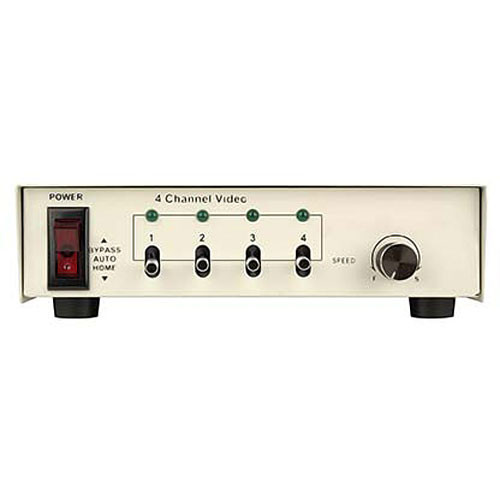 4 Channel Camera Switcher
The first recorded CCTV footage was taken on a reel-to-reel system very similar to the film reels of the first movies.  These were labour intensive, and the reels needed loading and unloading regularly.

In 1951 video cassette tapes were invented but were not commercially available until 1969 which now made CCTV a lot more useable, especially as in the same year the VCR became available.

You need to think of a videotape as if it were a cartoon, with an image changing slightly on each frame. When the tape is played at the correct image rate per second the image moves realistically, as if live.  When a 3Hour videotape is played at the correct speed, 24 images per second would pass the image head and if the tape is therefore slowed down, to play over a 24Hour period, only 3 images pass the head per second.

In the 1970s and 1980s, CCTV began to spread quite quickly not only within business and retail but with the police and councils in the UK.  A Picture in Picture device allowed you to view and record two cameras at the same time, One Large image with a smaller image in the corner.

A Switcher was the next device on the market, allowing you to record up to four cameras.  The only issue with this device was that the image on the screen would be the only recorded camera and after 5 seconds it would switch to the next camera, and so on.  This resulted in a loss of 15 seconds of footage every 20 seconds, and the shoplifters soon discovered this issue, if they were not on the image, it was not recording them.

In the 1990s a new Digital Multiplexer was developed, and this changed everything.  Up to 16 cameras could be recorded, all at the same time, on one VCR.  There were time-lapse issues, but this unit helped compile several cameras video feeds into one VCR but allowed you to review individual all multiple cameras in playback.  It was a massive step in CCTV and the market expanded rapidly.

The Digital part of the old analogue systems took one final step with the introduction of the Digital Video Recorder.  This replaced the VCR and Multiplexer and recorded the images from the cameras in one unit on a digital medium.  Initially, the first medium used were DAT tapes but very soon this moved to hard drives.

The units got better with more powerful software platforms and larger and larger hard drives.  Video Analytics was also developed during this digital era.

In 1996 a new IP CCTV camera was developed by Axis, however, at this stage, it was not going to take over from the old analogue systems as it only recorded 1 image per second at 1CIF. After a further three years, we begin to see the very first IP cameras coming to the market and the new NVRs network video recorders.

The Analogue systems have had their day and Hybrid recorders are required, to allow users the ability to keep old analogue cameras whilst changing over to the new digital technology.  Dedicated NVRs are also available for new CCTV customers.

Developments with software and viewing platform improve massively over the 2000s and Video management software allows multiple systems to be integrated.  The 2010s see even more development in software and AI and facial recognition and many more applications start to make the CCTV systems of today more powerful tools than ever before.

Today the estimated number of CCTV cameras in the UK is now estimated to be 5.2 million which equates to 1 camera for every 13 people, with London having approximately 689,000 cameras. And we believe many of these will change over to Cloud-Based systems in the next decade. 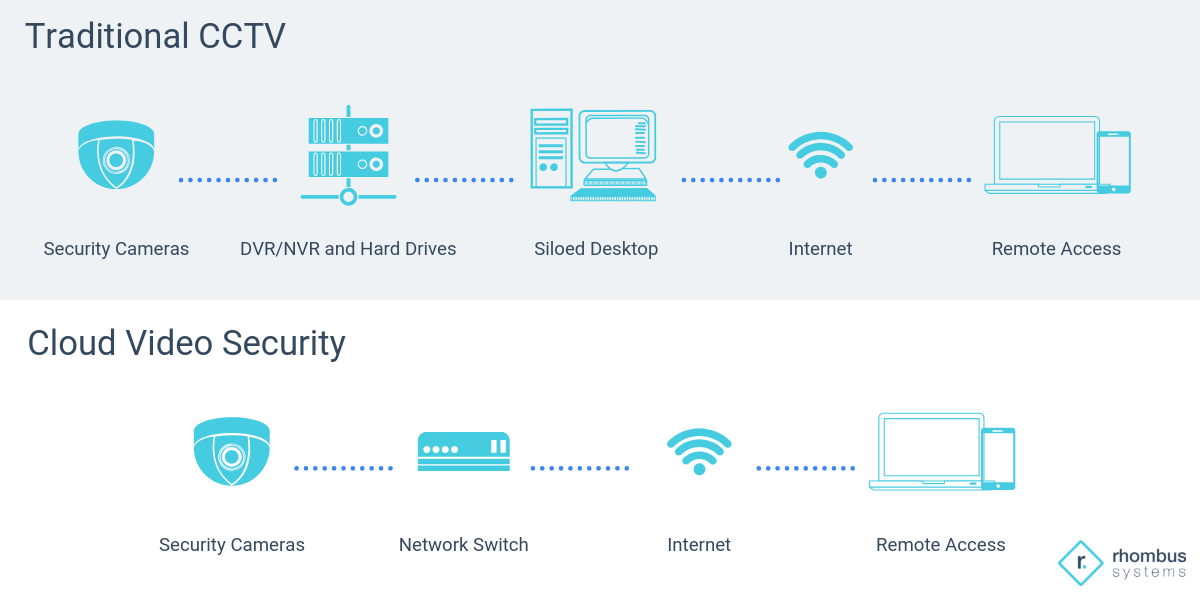 Evolution of the security camera 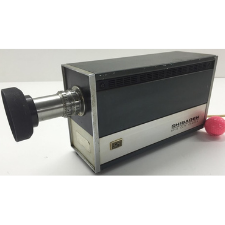 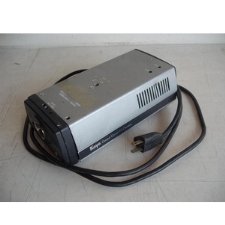 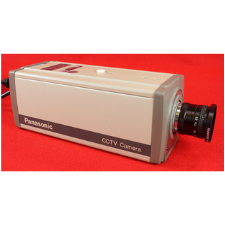 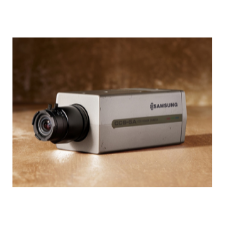 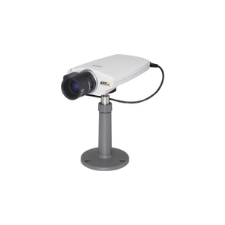 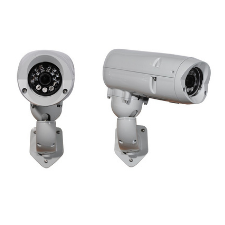 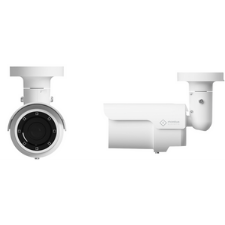